Lawrence Francis (Larry) Blick, born July 28, 1937, in Appleton, WI, to Vincent and Alice Blick, was called to Our Lord on October 28. Vincent’s naval career took Larry to many parts of the country and Panama, eventually settling in San Diego in 1953. A 1955 graduate of St. Augustine High School, he served two years in the Navy before starting a 33-year career at what would become Union Bank. Larry married the love of his life, Judith Herberg, on February 4, 1961 and together they raised six wonderful children. As a younger man, Larry was an exceptional all-around athlete who loved basketball, golf, and excelled as a fast-pitch softball pitcher. In retirement he enjoyed trips to the Big Bear cabin, cruising, golf, poker, reading, puzzles, and Padres games. A kind and gentle man with an amazing sense of humor, Larry was loved by all who knew him. But, ultimately, Larry was a family man who cherished every minute spent with his family. 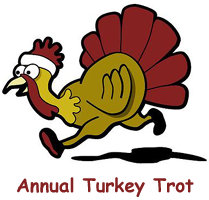